On Giving Tuesday, 94 153 euros were donated through the charity portal “Ma armastan aidata”

During the charitable campaign on Tuesday, more than 2100 donors decided to support the organisations close to their hearts through the portal “Ma armastan aidata” by donating a total of 54 153 euros. Swedbank will add 40 000 euros to this amount, increasing the total amount of donations of the day to 94 153 euros.

“Yesterday, a new record was set for donations made in our donation portal during one day. I’d like to thank everyone for making their donations yesterday! This amount will help alleviate very many important social issues,” Merje Klopets, Swedbank’s Societal Engagement Manager, said. “I’m glad that in addition to the most well-known charitable organisations, many donors have also discovered the smaller NGOs with also really important goals and great results. Let’s hope that NGOs have found new donors, who will support them also in the future.”

“Ma armastan aidata” is a portal that Swedbank created in 2008 in cooperation with the Good Deed Foundation, bringing together donors and Estonian charitable organisations. The donor can choose from 60 organisations that raise funds in five areas: education, children, animals and nature, health, and strong society. Over the years, Estonian people have donated more than €2.9 million to support those in need through "Ma armastan aidata".

The donation campaign in Estonia took place following the international campaign Giving Tuesday. Yesterday, campaigns and events were organised around the world to find new donors, to strengthen ties with the existing ones, and to promote donation culture at large. 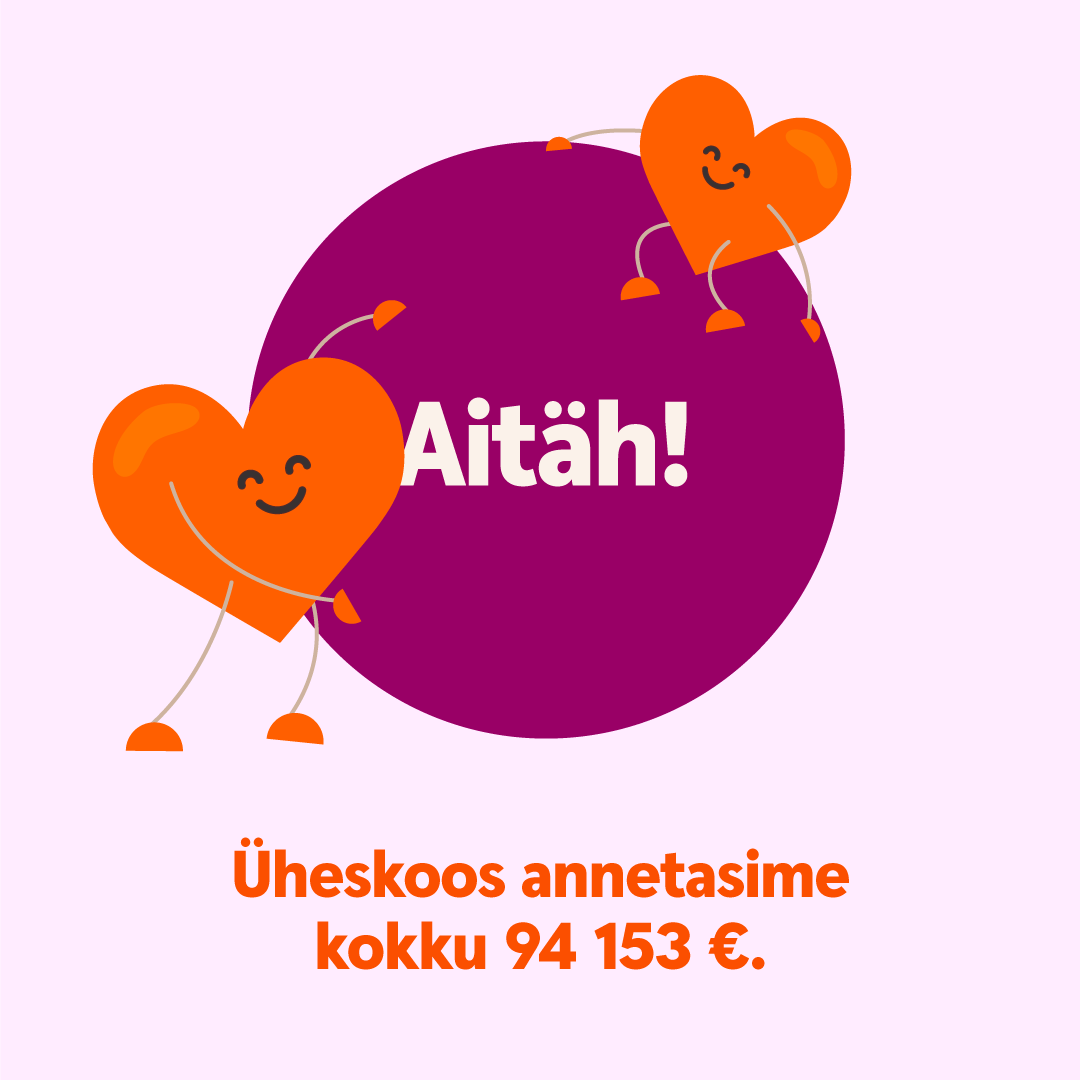