RuaCrew: "Our organisation is based on the work of volunteers; we only have a couple services that we can pay for." 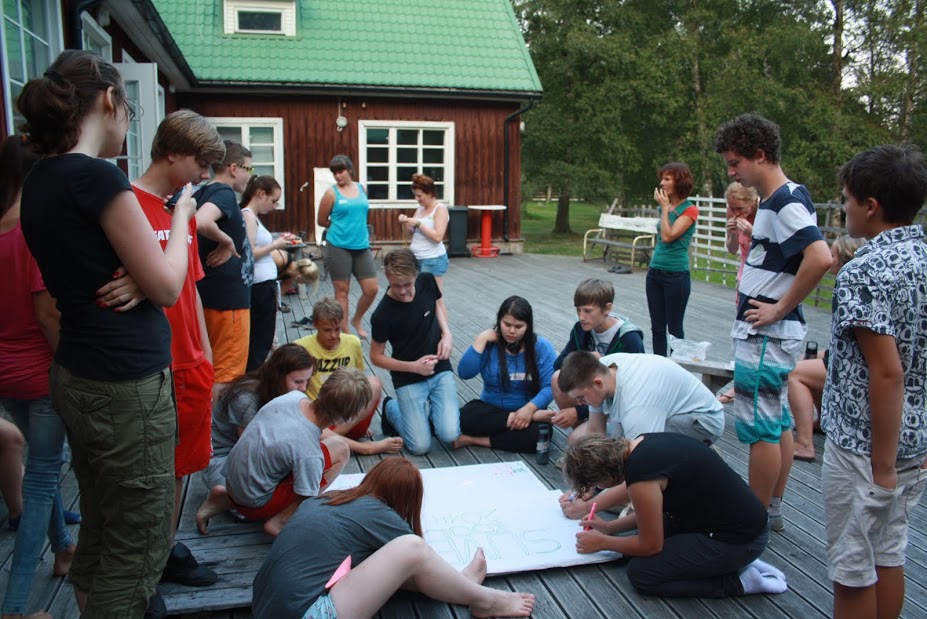 RuaCrew was established in 2009 to help prevent social problems and delinquency among young people, and to resolve them. Its mission is to support young people and families to ensure that they will cope better today and in the future.

The working method mainly used by RuaCrew is mobile youth work – a sociological model that covers street work with both groups of young people and individuals as well as community work and networking. RuaCrew offers the services of support persons, group work for the development of social skills, preventive workshops, training groups for parents and a rehabilitation service for juvenile delinquents and disabled children.

Why is it important to draw attention to your topic?

The target group of RuaCrew is young people at risk. These young people commit fewer offences and are safer to themselves and society when they are involved in the various activities offered by RuaCrew. Working actively with the target group increases their ability to understand the consequences of their actions, develop empathy, and gives them the skills to better control and analyse their behaviour.

What is the most recent activity or event that has taken place with the help of donors?

We are currently raising funds for training a new group of support persons. We have previously organised study trips for support persons, fun events with young people and covisions-supervisions.

What is your view on the present donation culture in Estonia? Can donors tell the difference between capable and less capable organisations, or is donating something emotional?

Our experience and view is that people tend to make donations to large organisations whose names they know and that have received a lot of coverage. We don’t think that donors are able to assess whether an organisation is capable or not.

How much do you need volunteers?

Our organisation is based on the work of volunteers; we only have a couple services that we can pay for. The organisation’s management and other administrative jobs are also done by volunteers. But we need even more.

What makes a good volunteer?

A good volunteer is a motivated, conscientious and honest team player who puts their heart and soul into what they do.

Can you remember a good story about volunteers?

Mr Andres Aru, Head of the Children's and Youth Rights Department of the Office of the Chancellor of Justice, was invited to speak as a volunteer at a training event for volunteer support persons.

It was winter and we had problems with the heating system in our building, so the temperature in the room was below ten degrees. The volunteers were sitting there in their coats and boots with blankets wrapped around them. Mr Aru also had his coat on as he stood in front of the audience. The situation was odd, but not that unusual for a non-government organisation that often has to work in unusual environments.

Mr Aru took it all in his stride and gave his best. Then, right in the middle of his presentation, the electricity went off as well and the room was left in complete darkness... He didn’t let it fluster him either and carried on speaking as if nothing had happened. We quickly found some candles and continued with the meeting in a cosier atmosphere.

This is a good example of how the volunteer support persons must always be ready for different situations in their work with young people at risk, and how different situations, even threatening ones, can be resolved with a positive attitude and good humour.

Make sure that you can see exactly the same number on phone screen. Then enter the Mobile-ID PIN code 1.
Confirmation code:

How to join
Log in using the most convenient way and see the overview of your donations!